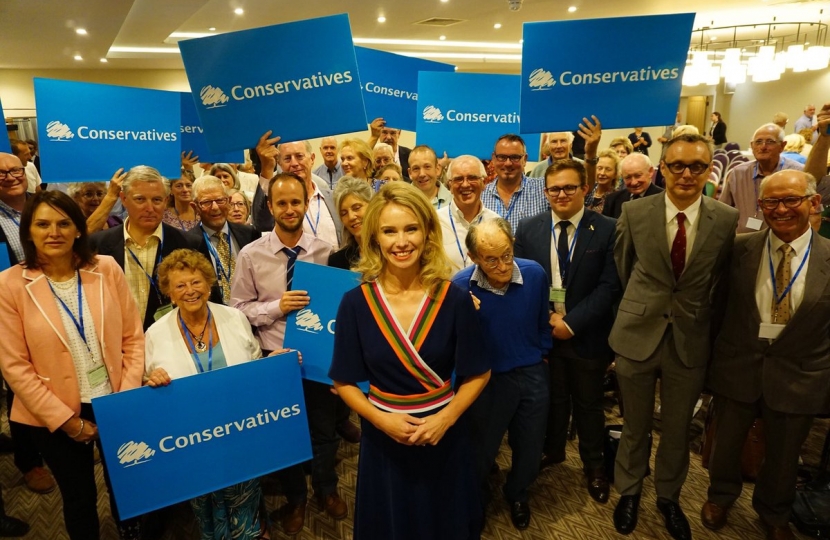 It is a great honour to be an advocate for everybody in Stroud and an ambassador for the constituency as the Member of Parliament.

On a personal note, my husband and I are the very proud parents to our daughter who was born in 2020 and we are both slaves to our cats. We live in a lovely part of the constituency, twixt the Gloucester & Sharpness Canal and the River Severn.

I grew up in North Yorkshire and I was state school educated. Aged 17, I moved down south while applying for a job as a legal secretary.

My Career Before Politics

I worked my way up to qualify as a Solicitor. While working full time as a legal assistant, I studied in the evenings and attended law school at the weekends. I was proud to be personally listed in the Legal 500 rankings as a highly recommended solicitor and part of the number one family law team in the Thames Valley. In 2016, after 17 years in law, I decided to pursue a career in policy and politics.

I was the Head of Policy and Communications for a fabulous charity, OnePlusOne. They are a national charity and since 1971 have been dedicated to strengthening families and relationships. OnePlusOne are committed to providing in depth research and creating evidence based training programmes and digital resources.

Whilst there I worked closely with other charities, politicians, civil servants, think tanks and local authorities. OnePlusOne also has decades of experience with the family justice system and CAFCASS. My project whilst there included: Relationships and Sex Education, parental conflict, no fault divorce research, separating parents information and creating a virtual relationship support environment.

I also served as a School Governor and was a volunteer for Scrubditch Care Farm in Gloucestershire.

I cut my teeth in politics in 2014 when I was elected to be the Councillor for Frognal and Fitzjohn’s ward, in the London Borough of Camden. In the snap General Election of 2017, I was the parliamentary candidate for Bermondsey and Old Southwark in the London Borough of Southwark. This gave me a taste for national politics so I stood down as Councillor in 2018 to focus all of my efforts on securing a parliamentary seat.

In August 2018, I won the highly contested selection to become the Prospective Parliamentary Candidate for Stroud. On 12th December 2019, following a well fought campaign, much of which entailed being out and about in all weathers and in the dark I was elected as the Member of Parliament for Stroud, and I couldn't be prouder.