The recommendations of the independent pay review bodies announced a significant, real terms pay increase between 2-3% for around 900,000 public sector workers across seven workforces, around 20% of total public sector workforce. For the majority, this is the third inflation busting pay rise in a row following lifting of the public sector pay cap at the end of 2017/18.

Our public sector workers deserve to be recognised for their hard work as it is their commitment and dedication that ensures our essential public services continue to be delivered to those that need it, even during challenging and uncertain times.

These awards cover the Armed Forces, Teachers, Police Officers, the National Crime Agency, Prison Officers, Doctors and Dentists, the judiciary, senior civil servants and senior military personnel. The Devolved Administrations are responsible for the salaries of public sector workers in line with devolved areas of responsibility, including Teachers and NHS workers.

More than one million NHS workers continue to benefit from the three-year Agenda for Change pay deal, under which the starting salary for a newly qualified nurse has increased by over 12% since 2017/18. This deal delivers a real terms pay rise for all nurses this year, and averages 4.4% for those not already at the top of their pay scale. The Agenda for Change pay deal has also increased the lowest starting salary within the NHS by over 16%. The Government has also agreed a pay deal that provides junior doctors with a minimum 8.2% pay rise over four years.

Social care is rightly an area of intensive interest from Members. Pay for social care workers is set independently of central government and is outside the scope of Tuesday’s announcement. The vast majority of care workers are employed by private sector providers who ultimately set their pay. Local Authorities work with care providers to determine a fair rate of pay based on local market conditions. In April this year, the Government increased the National Living Wage by 6.2% to £8.72 an hour, benefiting an estimated 2.4 million people, including social care workers. We have also delivered a Budget this year that cut the cost of living for hard working people, for example by giving a typical employee around £104 next year by cutting National Insurance. 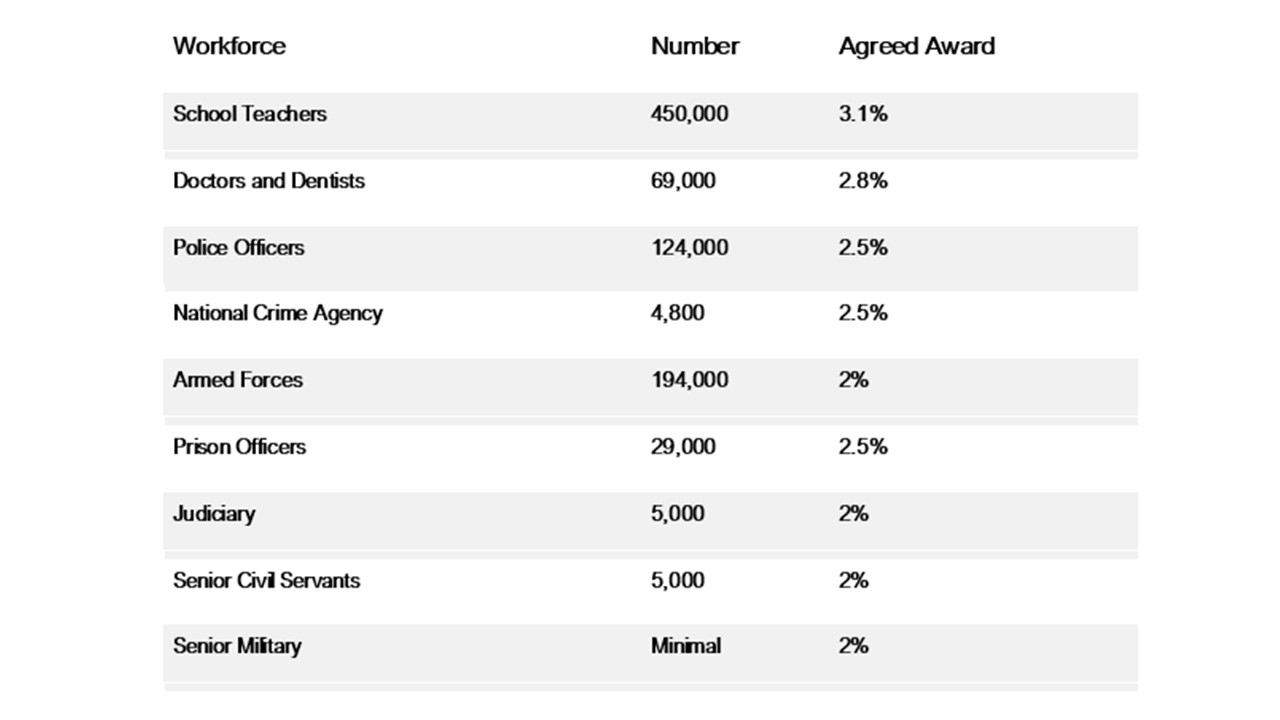 I hope you are keeping well. Our office is assisting constituents during the Covid 19 pandemic and if we can be of any assistance to you, please do let us know.